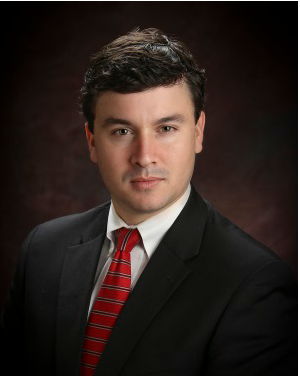 was born and raised in Coweta County and is a third generation prosecutor, his father and grandfather both serving Coweta County as Solicitor General. After graduating from Newnan High School, he obtained a Bachelor of Arts in Religion from the University of Georgia in 2008. Herb then attended and graduated from Mercer University Walter F. George School of Law in 2012. During law school, Herb worked for the Hon. W. Homer Drake, Jr. United States Bankruptcy Court, Northern District of Georgia as a judicial clerk and then as a prosecutorial intern for his predecessor and mentor Hon. Peter J. Skandalakis. After taking the Georgia Bar Exam, Herb returned to Mr. Skandalakis’ Office as an intern until he was offered a full time position as an Assistant District Attorney.
As an intern, Herb was able to assist in the prosecution of two child molestation trials and a murder trial where he examined witnesses and assisted in the preparation and handling of the trial. This experience confirmed to Herb that the District Attorney’s Office of the Coweta Judicial Circuit was where he wanted to begin his career and spend his time as a prosecutor.

In the fall of 2012, Herb started working in the Carroll County Office of the Coweta Circuit where he began developing relationships with law enforcement agencies that he has continued building ever since. In 2013, Herb began working in the Circuit’s Coweta County Office and occasionally handled cases in Carroll and Troup counties as well.

Herb has prosecuted all types of cases from theft, fraud, and drug distribution to domestic violence, aggravated sex crimes, gang crimes, and murder. Herb developed a passion and skill for prosecuting violations of the Georgia Street Gang Terrorism and Prevention Act. Herb was the first prosecutor in the Coweta Judicial Circuit to have a jury trial on a gang case, and he obtained a conviction for the victim of that gang motivated shooting. Herb has developed a reputation among law enforcement, judges and attorneys alike as a tough prosecutor who is also reasonable and fair.

Herb is the oldest of three siblings. In his free time, he enjoys traveling to Athens to support his Georgia Bulldogs and he enjoys supporting local non-profit organizations through volunteer work and board membership.